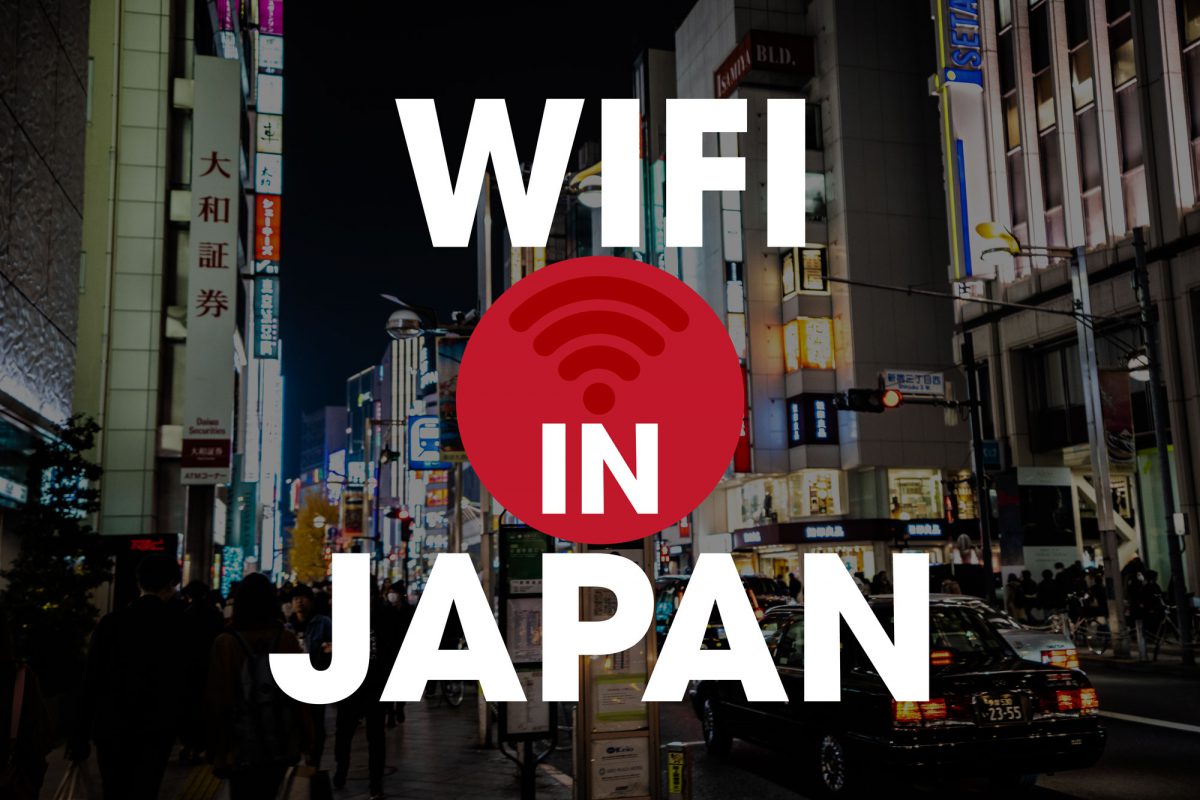 In this day and age, we are highly dependent on the internet. This is truer when we travel to another country. It enables us to guide ourselves through GPS, to translate things into our own language, find out what events are going on, and much more.

Japan has always been notorious for its lack of public wifi availability, but it is slowly catching up. More and more cafes, malls, and convenience stores are starting to setup publicly available wireless networks. Those using a Japan travel guide might already have gotten a few hints from them. But not everyone uses a travel guide these days, and they tend to be wrong. For those who would like to have constant internet availability and not depend on public wifi, however, you have multiple options.

For those traveling to Japan, using your home provider’s roaming service can be very costly. Luckily, there are a few affordable options out there. Each of these has its own benefits, so we’ll go through them to help you decide.

While Japan probably does not have as many options as your home country, public Wifi is available. You simply need know where to look. Depending on public Wifi means you cannot access the internet while on the run. However, if you’re fine with being off the grid for instances during the day, public Wifi is widespread enough that you’ll be able to keep yourself connected throughout your stay. In addition, free public wifi in Japan has really good internet speed. It might be a little slower outside of cities, and a little bit slower. In general, however, internet speed and public wifi availability are good enough that you would not find yourself wanting if you opt to not rent a pocket wifi or buy a prepaid sim card.

If you bring over your phone from abroad and it is unlocked, you can purchase a prepaid data sim card, and use your own phone for internet purposes. This can be quite handy as you can use your own phone everywhere, without having to carry an external device.

Pocket Wifi’s are small mobile routers. These are extremely handy as they allow you to connect multiple devices at once. This is especially useful for those traveling in groups. It allows everyone to have internet access without purchasing individual data sim cards. It is also useful for those who would like to use their laptops and/or tablets on the run.

WHERE TO FIND FREE WIFI IN JAPAN

As mentioned earlier, free wifi is becoming more and more present in Japan. Polls conducted by a Japanese tourism agency ranked “public wifi” second (45%) as the resource tourists found most useful while in Japan. You can find it in various forms. Either in cafes or restaurants, convenience stores, as well as metro stations.

This is a really handy app you’ll want to get once in Japan. It allows you to search and connect to 170 thousand public wifi spots throughout Japan. Click here to install the app on iPhone, and here for Android.

All major international airports in Japan have a scheme for free wireless internet. Some require users to register first, while others just require you to simply connect to the network.

Within Tokyo, train stations have started providing free wifi to commuters. All Tokyo Metro stations with exceptions and most Toei Subway stations have wifi available. Some of the other lines also provide free wifi. Almost all Toei Subway trains themselves have wifi now. If you find yourself in a station and need wifi, simply check if there’s a network available, you’re likely to find there is.

You can download the Tokyo Navigation for Tourists app to find out if your station has free wifi.

Similarly, in Kyoto and Osaka, many of the stations also have free wifi, especially within Osaka where most key stations have wireless internet.

As in the rest of the world, in Japan, Starbucks is where most people flock to for free wifi. In large Japanese cities, the Seattle coffee chain can be found almost everywhere. Japanese coffee chains have followed suit and are also offering free wifi These include Tully’s Café, Doutor, Renoir Café, and Comeda Café, among others. This trend is however not limited to large chains. Local cafes and boulangeries have also started providing free wifi, so do not miss out on the great small shops that also happen to provide internet access.

For a couple years now, convenience stores have become even more convenient. Most of the major companies have started adding wifi hotspots to the various branches.

HOW TO GET A DATA SIM CARD IN JAPAN

There exist multiple companies that provide traveler with prepaid data sim cards in Japan. Many of them have branches in the airport. Each company has different prices and service. If you don’t know which to get, go to a large consumer electronic store. There should be a floor with all the sim card options, and they will help you select one.

We found U-mobile to have the best service for short term visitors (staying fewer than 30 days) looking to purchase a prepaid data sim at the best price. U-mobile offers two plans, a seven-day plan, or a 15-day plan. The seven-day plan will set you back ¥2000, while the 15-day plan costs ¥3500. Both come with a limit of 220 MB/day of high-speed internet. Once that limit is reached, the speed will slow down to 220 kb/s until the next day. They have micro and nano data sim cards available. U-mobile has various sale locations, including all three terminals of the Narita Airport. Click on the link included on the title for their website.

HOW TO GET A POCKET WIFI IN JAPAN

Pocket wifi’s are pretty popular in Japan. Many Japanese themselves carry them, and some opt for them for their home internet as well, so they can carry it out with them. The three big phone providers (au, Docomo, and Softbank) each also provide pocket wifi services, but those require a long-term contract. Luckily for you, though, some companies cater to those who are here only for a short period of time.  Ninja Wifi seems to be a very popular option for tourists, but I’d recommend the options below over them.

If you’re staying at a hotel, chances are they will have Handy, a pocket wifi service.

WHICH OPTION IS BEST FOR ME?

Deciding which to choose can be a little bit daunting. I would normally recommend just using the widely available public wifi hotspots, especially if you will be staying in bigger cities. You should have almost constant internet access, unless you’re in a train, or inside a building without wifi. However, anytime you would need to get connected, you would just need to be on the lookout for a convenience store or one of the various eateries that we’ve mentioned above.

If you must be constantly online, or are looking to upload your Instagram stories showing off where you are, then I’d recommend going for the U-mobile prepaid data-sim card. Those who are traveling in groups can invest in a pocket wifi for the group to connect to. This is also a good option for those who’d like to connect multiple devices at once, if the price isn’t an issue.

The good news is, whichever you decide, you can always change your mind once you are in Japan.