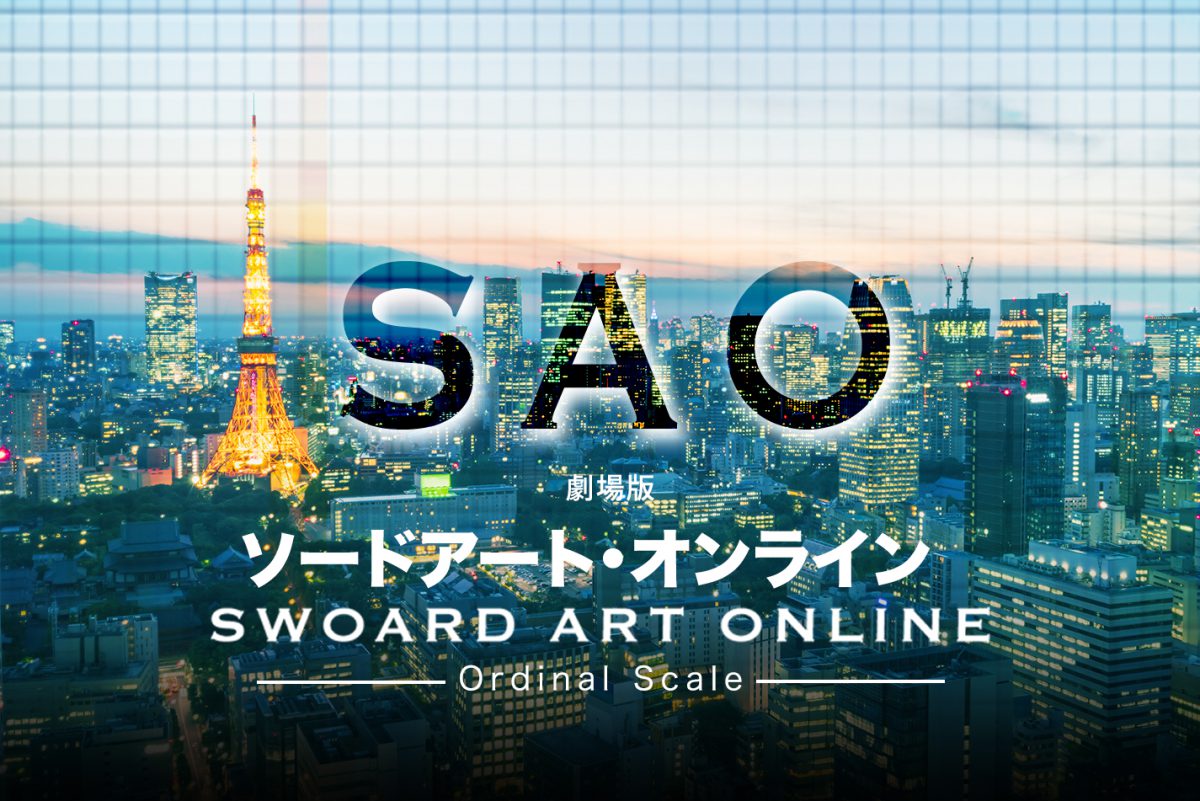 In recent years, the isekai (=異世界) genre has become a real phenomenon, with each new anime season boasting at least a couple of them. Although Sword Art Online did not start the genre, it most definitely is the poster child for it, and by far the most popular. In fact, SAO is probably one of the most popular IPs in Japanimation in recent years.

Sword Art Online started as a series of light novels by Rei Kawahara, who is also the author of the popular series Accel World. SAO has been popularly adapted into three anime series, the later one just being released. In addition, there has been a recent spin-off anime series, a movie, video games, and spin-off light novel series, as well as SAO manga adaptations.

To summarize Sword Art Online without spoiling too much, it is set in 2022 following the release of the virtual massively multiplayer online role-playing game (VMMORPG) called Sword Art Online. Playing SAO requires a device called the NerveGear, a helmet which has the ability to stimulate the user’s senses, allowing them to control the game with their minds, to stimulate their senses while in-game.

On the day the Sword Art Online game was released, 10,000 players logged in, but quickly found out the logout function didn’t work. On soon after, the creator of the game, Akihiko Kayaba appeared and explained that they are not trapped in the game and that death in-game, would result in their death in real life (IRL). He also explained that players who have their NerveGear helmet removed will also die. The only way out of the game is for someone to clear it.

The main character, Kirito was one of 1000 beta testers. As he also found himself stuck in the game, he vowed to use his previous experience, having already beaten Sword Art Online, to save the others.

The series mixes action, drama, comedy, and romance, through its two, now three seasons and the movie, to tell its tale. A good portion of the story takes place IRL, in and around Tokyo. Those who are interested in the Japanese capital will enjoy the sights, which are of real-life locations and can be visited.

To this day, there exists seven major real-life video game adaptations of the Sword Art Online light novels. Most of them are RPGs released on Playstation 4 and Playstation Vita. Some were also released on Steam. The latest SAO game, Sword Art Online: Fatal Bullet came out in February on PS4, Xbox One, and Steam. It’s a third-person shooter role-playing game (TPSRPG).

There are currently two completed anime seasons of SAO, as well as one currently running. They follow the story of Kirito through his virtual adventures, as well as his IRL ones, and his struggles and relationships in both. The first two anime series were made by A-1 Pictures and directed by Tomohiko Ito (Silver Spoon, Erased).

Sword Art Online: Alicization, the third installment of SAO drifts away from the first two. It has a new cast of characters, except for a younger Kirito. It is also directed by Manabu Ono (A-Channel, Saki) instead of Ito, who had previously directed the series.

New episodes out every Saturday at 1:00 PM EST.

Due to the Ordinal Scale game using augmented reality, the movie takes place in Tokyo, and does a great job at representing the various areas of the Japanese capital, with visually striking and realistically resemblant animation and graphics. To celebrate the new season, we went around Tokyo and found the real-life locations shown in the Sword Art Online: Ordinal Scale.

The SAO movie takes place in various areas within Tokyo. Some you’ve likely seen in other anime and movies, such as Ginza and Tokyo Tower. Others are a bit more removed. Here are some of the main locations that figure in Sword Art Online: Ordinal Scale, and a brief guide on them.

In addition, Ginza is a center for traditional Japanese theater. It can be an unusual, non-touristy activity for those visiting Tokyo. For more information and for tickets, checkout the Kabukiza website.

The Yebisu Garden Place(=恵比寿ガーデンプレイス) is essentially a city within a city. It was built on the sites of a former brewery. It’s a popular place, especially a night because of the lights. The Yebisu Garden Place is a truly massive place. As such it has a lot inside it. There are many shopping places, and entire museums, including the Tokyo Metropolitan Museum of Photography. In addition, there are over 50 restaurants, including Joël Robuchon’s Tokyo restaurant.

The surrounding area of Ebisu is also filled with restaurants and bars. It is a popular nightlife spot, especially when trying to avoid the crowded areas surrounding Shibuya station and Shizuku.

In the SAO movie, the Yebisu Garden Place is the setting of the battle agains The Strict Hermit (12th floor boss), followed by the apparition of the truly terrible CGI boss of the 91st floor Dorz’l the Chaos Drake.

Yoyogi Park(=代々木公園) is one of the main parks in Tokyo. It is massively popular for various reasons. Beyond its use as a park, it is where various events are held. Tokyo, being a very international city housing various people from all over the world, has various festivals celebrating this or that country. The major ones are usually held in Yoyogi. In addition, on Sundays, it is filled with performers, varying from musicians, to comedians, and jugglers. During cherry blossom season Yoyogi is the destination of thousands celebrating the ancestral custom of hanami (flower viewing), which is essentially done by spending the day at the park, and picnicking under the cherry blossoms, and consuming large amounts of alcohol.

Yoyogi National Gymnasium is a multipurpose arena known recognizable for its roof design. It has hosted various international basketball and volleyball championships.

In Sword Art Online: The movie, it is the stage for the second battle. The area is perceived as ruins, as Asuna battles the Stom Griffin (11th floor boss), as Zenghi the Flame Caller (11th floor field boss) spawns near the Fuurinkaza members, and is subsequently aided by Eiji (2nd ranked player).

Akihabara(=秋葉原) generally refers to the area around the Akihabara station. It is the world famous capital for all things otaku. The area near the station is a densely packed cluster of hundreds of stores catering to the needs of those of us who are fond of anime, manga, video games, trading cards, and other related hobbies. Be sure to check out our article on the best shops in Akihabara to buy anime related goods.

Beyond the many shops to buy anime related stuff, Akihabara is also home to many excellent Japanese restaurant, including amazing ramen shops. Check out our article on articles on restaurants you should check out in Akihabara.

Akihabara transforms into the scene of the first Ordinal Scale battle in SAO movie. After Kirito and Asuna arrive and meetup with the others, the decor changes and a Kagachi the Samurai Lord, the 10th floor boss of the Sword Art Online game appears. At the same time YUNA arrives for an impromptu concert, which boosts players abilities.

Tokyo Dome City(=東京ドームシティ) is the entertainment complex surrounding the Tokyo Dome, the Yomiuri Giants home ground. It has lots of eateries and shops. It is also a very pretty sight at night, and many couples flock there at night because of the lights. It also houses various exhibitions and festivals throughout the year, so be sure to check the event calendar.

If you’re into Baseball and visiting Japan, watching a game is a decent, fun, thing to do that most tourists do not for some reason. Baseball in Japan is huge. It is much bigger than other sports, and the Giants are the best team in the country (don’t go and repeat that to people in Osaka).  The atmosphere is unreal, and tickets are somewhat affordable. If you’re a fan of baseball I’d recommend it.

Sword Art Online’s use of real life locations is not new, but it is the most extensive I’ve seen. Many of us who come to Tokyo, to live, or visit, often watch movies such as Lost in Translation for a feel of what the city looks, and feels like. I’ve been to many of the places in Lost in Translation, simply because they were in the movie and because the movie did not exaggerate them. It portrayed the real Tokyo. The Sword Art Online: Ordinal Scale movie does the same. It’s use of Tokyo as a setting in a movie set in our dimension, albeit a few years in the future, shows Tokyo as you will see it in real life if you are to visit.

If you are a fan of SAO and would like to visit the locations above, they are very easy to access. All are within central Tokyo and, once you’ve seen the spot where this or that battle happened, make sure to enjoy the surrounding area. Tokyo has much to offer in terms of almost everything, and it’s one of the best places to discover hidden gems.